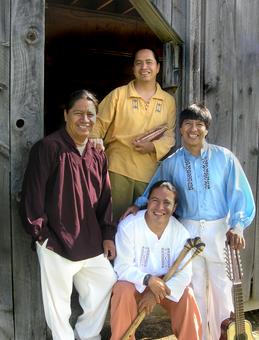 Doug Berky uses classic styles of storytelling from many cultures around the world by weaving together many art forms into a full stage, large mask theater production with clever and creative costuming. Masks, puppets, mime, drama, comedy, music and storytelling are integral elements that help the audience experience these treasures of wisdom that teach us to understand and trust one another.

In his performance of GEMS, Doug presents a variety of stories, drawing on classic collections such as “Aesop’s Fables” from Greece and stories of Hans Christian Andersen from Denmark, which have inspired and educated the world’s young people for years.  Doug also includes stories from lesser known collections of folklore and mythology from Asian, African, Middle Eastern and Native American cultures.

A performance might include a selection from the following stories: The Lion and the Mouse; The Boy Who Cried Wolf (Aeosop’s); The Drip Nose Boy (Native American); The Lame Man and the Blind Man (Middle East); The Tiger’s Whisker (Korea); The Crocodile and the Monkey (India). 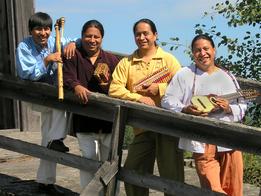 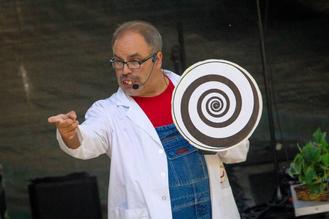 Ben Franklin and His Kite

Benjamin Franklin was America’s scientist, inventor, politician, philanthropist and business man. He is best known as the only Founding Father who signed all three documents that freed America from Britain. Franklin is also credited with drafting the Declaration of Independence and the American Constitution, and he negotiated the Treaty of Paris which ended the Independence War against Britain.

Ben Franklin and His Kite is produced by Virginia REP on Tour and provides audiences with a glimpse in to the life of Benjamin Franklin, who was a culminating figure 1700’s. This performance will take students on an “enlightening” journey into the experiment that changed the course of history! Over 250 years ago, (in June of 1752, to be precise), Ben Franklin “shocked” the world with his discovery that lightning held electricity - and thus rendered scientists “thunderstruck”!

Benjamin Franklin proved by flying a kite that lighting was electricity and invented a rod to prevent it from hitting buildings. He also invented bifocal glasses, charted the Gulf Stream, invented a clean burning stove and proposed theories on the contagiousness of the common cold.

This entertaining and educational performance brings the history and science curriculum to life.

This project is supported by the N.C. Arts Council, a division of the Department of Natural & Cultural Resources. FMI please visit: www.NCArts.org or ww.sampsonarts.org 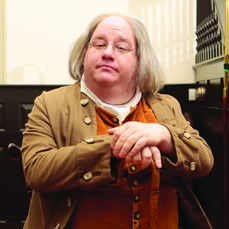 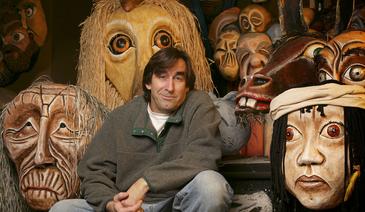 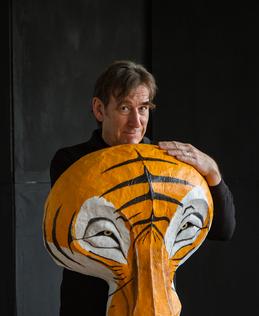 Take a dash of science, a blob of humor, throw in a hillbilly, and what do you get? You get the explosive good time of the Hillbilly Silly Science Spectacular Show!  The Hillbilly Silly Science Spectacular is an amazing stage show like none other out there!  We've all seen scientist shows,  and we have seen comedy shows --- but this new show concept goes beyond description.  It is insanely unique and hilarious!

Unlike other science stage shows, this is more than just a guy in a lab coat - it is a theatrical experience with story lines, music, costumes, and decorated sets that presenters and audiences love. The beauty of the show is that it combines clean family humor with educational material.  Kids will learn about basic science concepts and developing a hypothesis for what will happen with each experiment.

There are also positive message undertones regarding keeping motivated for success, staying in school, as well as, safety!  It is approved by both parents and educators - and students LOVE it! Each show contains fast paced antics, clean humor, visual props, audience participation, and amazing science experiments that will blow the audience's minds away!

The "chemistry"  Dr. Beaker has with the audience is amazing and creates hilarious banter and spontaneous comedy tidbits!  Whether talking about dinosaurs or just having fun with chemistry - this is a show for everyone.

The musicians of ANDES MANTA (AHN days MAHN tah) believe that through their music they bring a rare opportunity for cultural understanding between the people of their homeland, South America, and the people of modern North America.

Although Andean music has been played in South America for thousands of years, its beginnings have been lost in the mists of time. Just as the true origins of the native peoples of the Americas continue to elude us, the first players of this wonderful musical tradition remain an enigma. Despite the mystery, this vibrant and powerful music continues to be played from Colombia to Tierra del Fuego, and none play it better than the four Lopez brothers who make up ANDES MANTA. Fernando, Luis, Bolivar and Jorge bring this unique art form to North America in its purest and most authentic form. Natives of the Ecuadorian Andes, the brothers learned their traditional folk music as it has been learned for thousands of years—passed from father to son, and brother to brother.

Andean music is one of the few authentic prehistoric culture forms to survive the five hundred years of European occupation of South America. Unlike gold and jewels, it could neither be melted nor stolen. Many indigenous South Americans believe that it is the music that preserves the heart and soul of the ancient ones. Far from being melancholy, the music of ANDES MANTA is a joyous celebration of daily life. Songs and festivals mark the blessing of a house, the birth of a child, and the cycles of planting and harvesting. Energetic music and dance animate religious festivals blending pre-Colombian and Catholic rituals. Performing on more than 35 traditional instruments, they are known for their virtuosity. From Carnegie Hall to the Discovery Channel, from the National Cathedral to Lincoln Center and hundreds of schools and universities, they have played to standing ovation after standing ovation.