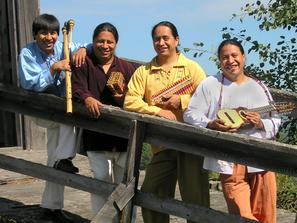 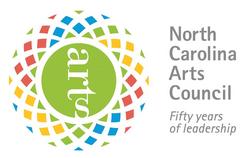 This project is supported by the N.C. Arts Council, a division of the Department of Natural & Cultural Resources. www.NCArts.org. 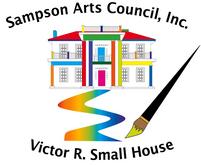 The study guides provided and information below are designed to aid in preparing students for a educational and exciting performance. We encourage you to make use of these valuable resources designed to not only enhance each student’s theater-going experience; but to also complement their total educational experience.

The musicians of ANDES MANTA (AHN days MAHN tah) believe that through their music they bring a rare opportunity for cultural understanding between the people of their homeland, South America, and the people of modern North America.

Although Andean music has been played in South America for thousands of years, its beginnings have been lost in the mists of time. Just as the true origins of the native peoples of the Americas continue to elude us, the first players of this wonderful musical tradition remain an enigma. Despite the mystery, this vibrant and powerful music continues to be played from Colombia to Tierra del Fuego, and none play it better than the four Lopez brothers who make up ANDES MANTA. Fernando, Luis, Bolivar and Jorge bring this unique art form to North America in its purest and most authentic form. Natives of the Ecuadorian Andes, the brothers learned their traditional folk music as it has been learned for thousands of years—passed from father to son, and brother to brother.

Andean music is one of the few authentic prehistoric culture forms to survive the five hundred years of European occupation of South America. Unlike gold and jewels, it could neither be melted nor stolen. Many indigenous South Americans believe that it is the music that preserves the heart and soul of the ancient ones. Far from being melancholy, the music of ANDES MANTA is a joyous celebration of daily life. Songs and festivals mark the blessing of a house, the birth of a child, and the cycles of planting and harvesting. Energetic music and dance animate religious festivals blending pre-Colombian and Catholic rituals. Performing on more than 35 traditional instruments, they are known for their virtuosity. From Carnegie Hall to the Discovery Channel, from the National Cathedral to Lincoln Center and hundreds of schools and universities, they have played to standing ovation after standing ovation.